Line of Influence – Facets of “Leading”

In the global competitive business scenario, the concept of Leader and Styles of Leadership has undergone major metamorphosis.  The discourse of traditional leadership is being revisited with dynamic interpretations and perspectives to align with the current organizational needs and societal demands at large. The notions  of “Leading from front” and “Leading from behind” has gained quite a momentum in the contemporary  organizational landscape.

The phrase “Leading from front” immediately  conjures the image of a military general, making war cry and motivating his soldiers to slay the enemy and taste victory!! In the film “Padmavat” the character of Allaudin Khilji skillfully plays with words and instigates the fallen spirits of his soldiers. His invigorating speech creates the desired result – the soldiers are imbued with motivation to defeat the enemy. Thus, in simple words, leading from front is leading by examples, coming to the forefront and actually demonstrating the ways and means to accomplish a task. But the greatest pitfall is that the leader can become autocratic and lose the pulse of the team, which is a dangerous proposition. Another practical impediment is that a leader is not a demi -god, he or she might not possess skill sets or situational opportunities to resolve every crisis or exigency.

Hence the concept of “Leading from behind” comes into the picture. This concept was popularized by Professor Linda A.Hill of Harvard Business School. She had derived this term from the autobiography of Mr. Nelson Mandela, who had equated a leader with a shepherd.  To some, the term may appear confusing in the beginning. It may seem that the term implies the leader takes a backseat and becomes a mere spectator or audience. But it is not so- the leader no longer leads from front rather lets his or her team face and resolve the challenges by using their learning and expertise. The leader is like a shadow, always following his / her team mates to provide support and guidance. An apt example is the director of a film. He or she is the guiding force behind the film making but allows creative space to the actors and other functions of film making so that the team can give their best performance. In the organizational context, it’s about creating leadership pipeline ,succession planning, helping team mates come out of their comfort zone , soar new heights and set new paradigms of leadership.

Hence, both these concepts are complementary rather than substitutes of each other. The application is contextual, situation driven and depends on the stage of organizational growth. In very nascent stage, the organization will prefer leading from front whereas in a more matured state of affairs, leading from behind will be more fruitful as goals and objectives gain clarity and direction.

The topic cannot be concluded without discussing another important concept i.e. “Leading from side”. In an ever changing environment, in order to realize the full potential of organization and its resources, cross functional approach is the key to sustainability. Now decisions are taken on the basis of holistic perspective rather on a single dimension. Any break through idea or innovation is a collaborative effort rather than the work of a single genius. World is no more SMART, it is SMARTER  (E – Effectiveness, R – Reinforcement). Cross functional teams is a norm of the day both in terms of function as well as geography. This style is more challenging as there is no direct authority over team members; it’s not leading from front or behind rather walking with your team. There is no hierarchy but heterarchy. Its impactful leadership style. 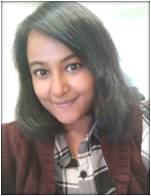