This incident happened about several years back but still etched in my mind. I was a few years into my organizational journey and was working in one of India’s largest organizations. The company’s arena of work was distribution of Information Technology products. I was managing a large account which was planning to procure products and softwares worth over INR 20million. Winning this business would mean several financial and emotional gains.

Me and my supervisor were supposed to go and meet the CEO and a few of the senior members of the client team for our final pitch. On the penultimate day of the meeting my boss informed me that he won’t be able to go as he had to go to Head Office for another meeting so I have to make the presentation the next day. This was more than a shock and I had one hour to prepare myself for a final briefing with him before his departure. So I was left to ‘fish” all by myself and I still remember what I had done.

Inspite of my best efforts and willingness to excel the meeting did not go well. I was bracing for a stiff repercussion upon his return but contrary to my expectation my boss asked me a few questions which have stuck in my mind— “What did you learn from the experience”, “What did  you do well” and “What can you do better”. Reflecting on this incident while teaching topics like “Coaching” and “Mentoring” it makes me relate to the role-modeling behavior that my supervisor had demonstrated.

Several times I have thought of the options he could have taken. Let’s look at the following two.

a) He could have postponed the trip, led the meeting with the client and had me sitting next to him as an observer. The question that I ask myself if he had chosen this option what value would he have created for me. Instead he allowed me to “fish” for knowledge, attempted to maximize the probability of success by a thorough debrief and prepared me to take the meeting. By doing this he had helped me overcome fear and increase my self-confidence.

b) I had goofed up the meeting and he had to salvage the situation after his return. He made me “reflect” by asking two questions – “What did I learn” and “What did I do well”. He then made me lay out some “plan of action” by asking “What will I do better the next time”. Instead of taking this elicitive or non-directive approach he could have been severely direct and possibly taken harsher steps as this was a crucial deal. If he had taken the second choice what value would it have created for me. Instead of giving me “feedback” based on negatives he made me realise my positive learnings and behaviors. Indirectly he fostered a deep respect for him which I still cherish after two decades.

How does this relate to Coaching. The word coach originated in the fifteenth century. There was a village in  Hungary called ‘Koczi’ which used to make covered wagons that would carry weary travellers from point A to point B. Metaphorically, in the workplace, this journey resembles helping people to progress in his or her career and prevent derailment. Transitioning from sports to the field of management Coaching as a vehicle of leadership has found significant acceptance amongst academicians and practitioners.

There are broadly two types of coaching a) provided by internal coaches of an organization and b) external coaches. Manager is supposed to play the role of the internal coach and trained external consultants are hired to coach senior leaders. Irrespective of the coach being from within the organization or from outside Coaching is akin to a personal gym trainer. I am quite sure anyone reading this article will agree that if we have a personal gym trainer and visit the gym frequently, in ten to fifteen days we will definitely lose a few grams. Likewise Coaching is a customised and personalised development Developmental tool meant for helping talent learn new skills, capabilities and behaviors. Variations are there in the styles deployed by coaches from sports or management. Both may use a combination of Directive and or Non-Directive style.

b) A Pull style where he “Asked a few questions that raised my awareness” and thereby ensured a life-changing experience. 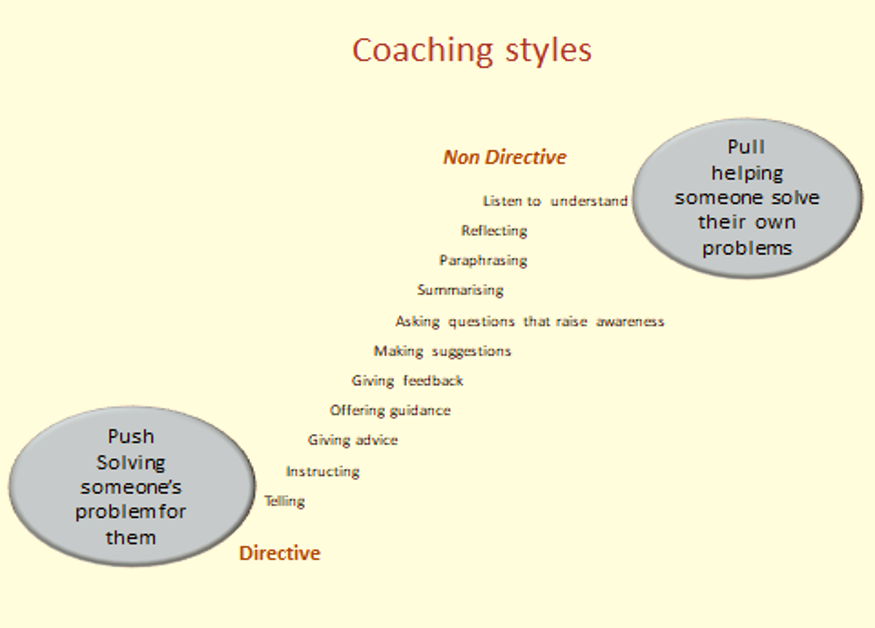 If by answering a few questions my self-awareness increases and a few closed doors and windows open it really doesn’t matter what name do we give it. Even after two decades I remember the approach my boss had taken and when I correlate with this framework it becomes crystal clear that the non-directive approach increases the longevity of learning. This also helps me to think and come out with solutions myself. so why wouldn’t we use the non-directive style of coaching and leading people than the directive style. 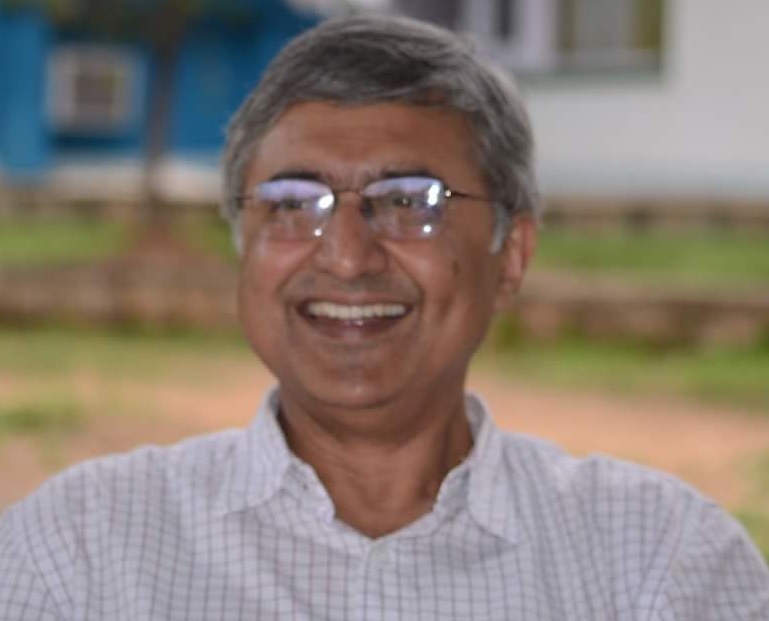