HR’s Role When an Employee Exits 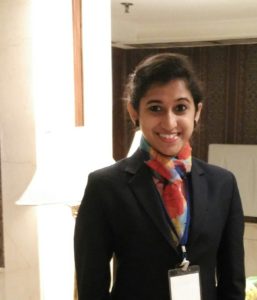 It’s really important how all the resources in an organization are being utilized and allocated most efficiently as possible. And that is in the hands of an HR genius out there in all the companies to increase the competitive advantage by aligning strategy with people and culture. Well, in today’s era of technology everybody wishes to equip themselves with as much of knowledge one could. So in this regard, many of us would like to take a break from work to pursue higher studies.

I would like to throw some light on the case of my own brother who was working with an IT Company and his destiny had called him to study at one of the top Management Schools. The relieving process is known to everybody around. But, every HR is bound to face where an unexpected resignation will affect certain important processes in the company. My brother had given the notice well prior as per the company’s norms. However, his Manager did not process it to the HR Head for the employee’s relievement and final payments. After a week or so, my brother decided to mail the HR directly. To the surprise he got a response within a day and the process started off.

So all I would like to portray is just that a HR’s role is just not recruitment or compensation and Benefits, etc. but also HR plays a vital role during the employee’s exit.

How important it is to backfill with the right candidates?

Well, once the HR receives the request for a resignation, the challenge not only starts with the process of searching the right candidate to replace but, once that right candidate is hired, the exiting employee would also need to equip the newly hired employee with all the learnings and train them by framing a good structured module and handover all the requirements and once all the legal compliances are cleared that is the time the employee bids a ‘good bye’ to the company.

This was the same case for my brother who was emotionally attached to his first job to deliver to his best without any regrets but to leave his job was – we may not call it a regret but that’s the choice one makes to ride a roller coaster ride in our lives. He chose to put down his papers to explore the world and gain loads of knowledge and to revamp himself and then join back any organization to serve to the fullest of his ability. Thus to get back to the role of a HR in terms of releasing the PFs, and maintaining all the contacts to network with the world remains the traditional legacy of the HRs across our country.