HR leaders, managers and in-house coaches in organizations over the last few years have done a brilliant job in harbouring and nurturing talent. Many creative methods to retain the best talent and provide developmental journeys have made the entire corporate fraternity proud of itself.

I’ve realized that there is not one fool-proof method to address these questions, after some permutations and combinations I learnt that dissecting this so-called ‘culture’ into various other aspects will make it easier and quicker for one to decode it.

Let me share a small experience of my childhood here. We lived in a colony exclusively allocated for professors of a renowned iconic college in South Tamil Nadu. My dad was the dean of Commerce and there were deans of other streams who stayed in the same colony as our neighbours. All the kids therefor became friends and played all games starting from Cricket to football to hockey and some indigenous games also. Every child behaved differently in different circumstances. One was very pushy and finicky, another was calm and silent, another perpetually curious, another very sensitive and the list goes on. Our playing zones were not restricted to the common area inside the colony but we sometimes ended up ganging up in each other’s house. During this phase, I have visited more than 10 households in the colony regularly for 18 years and could see some startling differences. For eg., at our home the entire family has dinner at the same time, in some households it wasn’t the case, certain parents were very welcoming of other children into their house, while certain parents were not too excited to see a group running around in their living room. Some households almost looked like a religious place with pictures of Gods and Goddesses everywhere whereas some households were like a fairy-tale place with decorations and colourful hangings. What got my attention though was how different people behaved in different households. I could see startling differences in the way disagreements were handled, different ways in which parents used to discipline their kids, different ways of how a person unwell was handled, different ways in which parents behaved with children when it came to their academics and exams and how differently parents dealt with their children’s extra-curricular interest. The culture in each family was different at the same time we respected their practices.

Fast forward to India Inc today and I see how an organization (a family) behaves with its associates. I tried drawing some comparisons to the culture within various families during my childhood days and with my experience with various organizations today to lay down some aspects.

Let me elaborate a bit on each of them:

Performance Culture: Understand how performance is measured and valued in your organization. Clarify with your manager what performance standards he/she expects from you and get this straight. A premier banking back office organization I worked for and a world leading food company I worked had placed tremendous impetus on ensuring each every had a robust development plan. They believed and lived by it and encouraged everyone to improve their performance using the 70-20-10 model of Development Planning. People who got this right fared really well, got developmental opportunities and became star performers.

Recognition Culture: Know how to recognize each other in your organization. In one of my tenures with a banking back office, there was a culture of Recognition cards. The moment you want to appreciate someone, you have to pick up a recognition card from your managers desk, fill it in and hand it over the person whom you want to recognize. In another organization I worked with, we introduced a recognition portal. People used to login to the portal and recognize a colleague for a job well done. The rest of the audience could view the portal and see the kind of recognitions floating around. Every organization had various forms of Rewards and Recognition programs and various award categories. Speak to your HR business partner and your manager and get clarity on what kind of behaviours and performance standards are expected to win those awards. Flex your behavioural attributes accordingly

Escalation Culture: In any set-up difference in opinions with one’s direct manager, peer or senior colleague is bound to happen. It is an indication of healthy diversity. Whenever you are confronted with a situation wherein you have a difference of opnion either with someone’s behaviour or a process or procedure and feel that the issue doesn’t seem to end, don’t capitulate. Be aware of whom to reach out and when. In one of the organizations I worked with whenever an associate raised an issue with his manager to me as HR leader, I always asked the person this question ‘Did you raise this issue with your manager, what was his response’. We never encouraged people to escalate something to HR unless the person took responsibility and discussed it with the concerned person before bringing HR into the picture. Before you can escalate an issue to the next higher level ensure you have discussed it at length with the person concerned. Most organizations I worked with did not encourage people to escalate any issue unless they took responsibility for their actions and discussed it first with the person in question.

Feedback Culture: Seeking and giving feedback without any apprehensions in mind will go a long way in shaping your personal image in an organization. Understand the mechanics of how people give feedback to each other. Ask a few people who have spent 5+ years in the organization to know if there is an open door policy wherein senior leaders encourage people to give them feedback. In an FMCG set up I worked with, as HR leaders we encouraged people to use the SBI – Situation, Behavior, Impact format while giving a feedback. Clarify the situation, state what behaviour the person demonstrated and mention what Impact it had on you or people around. This way the feedback is more structured and gets the point precisely. We encouraged people at all levels to use the 360 degree tool to seek feedback during performance reviews. Associates were not supposed to have a performance review with their managers until they sought a 360 degree feedback. The SBI format comes in very handy when you have to give feedback to senior colleagues.

Decision Culture: More often than not, conflicts arise within a group when decisions are delayed or decisions made are not in line with expectations. Speak to key decision makers often and understand what are the factors that influence them to make decisions quickly. Talk to them to understand why decisions are delayed and what kind of data points they look for in order to make decisions. Look for patterns of a decision made. Take help from senior colleagues to understand the pattern behind a series of decisions made, this will give you a taste of the decision culture. If you are in a decision making position, always look to consult, if the buck has to stop at your table it should, however, a consultative approach with your team members and related stakeholders will go long way in building mutually benefitting relationships. In my stint with a banking operations organization, ‘Doing the Right Thing’ was a core value of the organization and everybody across the hierarchy were given the liberty to go ahead with something if it helps a customer and safeguards the business priorities. Similarly, in an FMCG set up I worked with, every associate was given the liberty to make decisions that will save resources and money for the organization, it was called Financial Freedom.

As I said earlier, there is no one formula to decode the culture of an organization, but if you manage to understand the 5 facets of culture as illustrated, I am pretty sure you will be in a position to pursue a fruitful career in any organization you work for. 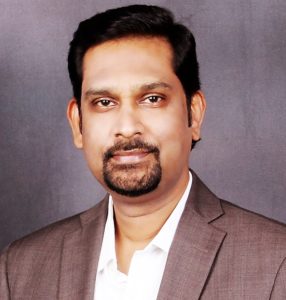