Chat with KIngshuk Ganguly: How Can We Make Coaching Effective? 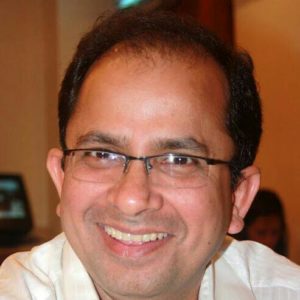 This event was held on the 6th May 2015 which lasted for two fruitful hours. And the expert for the day was Kingshuk, Ganguly, Executive Coach and Leadership development consultant. Kingshuk with his calm and composed style answered questions posed by the members with great depth and substance and made it very interactive.

We have presented below an edited version of the Chat Session. The session was moderated by Surya Prakash Mohapatra, founder of the Learning and Development Group. The summary of the chat session has been captured and presented below by Deepthi Ravi, learning and development consultant.

Question: Would request you to start the session by outlining the difference between mentoring and coaching?

Kingshuk: Mentoring is helping someone how to learn; coaching is about improving performance. Both Mentoring and Coaching have their impact. Sometimes I would take permission to mentor and do so. But it’s a different when it comes to Coaching.

Question: Which are the qualities that of a coach which differentiate good ones from mediocre ones?

Kingshuk: One big difference is ability to observe self as well as participate. The second would be to “Listen”. Also, how to be a player as well as an observer of self makes a great coach. Whereas, mediocre coach would push his / her agenda; interrupt and make assumptions. A great coach would be exemplary, I guess, when they are off guard too.

Question: Do the coaches who believe in gut feelings and being in the moment and playing full out .survive the corporate market?

Kingshuk: I think they do, but it’s little turbulent. There comes a tipping point when the values do not converge and then they choose their own path. Many times your passion will clear the woods for you; if you believe like hell, you’ll find a way.

Question: Often biz leaders ask what us the ROI of coaching? What should be our response?

Kingshuk: There are some key people willing to stay back and work, now that the coaching is complete? Their hiring and training cost is your ROI.

Question: What is your take on coaching as a profession?

Kingshuk: Most people assume being a coach is easy. Just talk and get paid. Lot of people don’t see the amount of time and energy put into learning the psychology and getting leverage of making the other person shift.

Question: At what point does a Coach or Coached decide it is not working out. What are the prime EQ red buttons?

Kingshuk: When the coachee is repeating and talking in multiple directions for me it’s a red button and I would call it out. Another red button or a trigger – First I would be wary of ‘teaching’ in a coaching session. Second, I have to be very sure about the ‘fish’ that the coachee is looking for.

Question: What is the difference in approach that an external coach has vs. an internal coach and in your opinion which one its better?

Question: Are there any critical “Don’t s” for a Coach?

Kingshuk: I would say poor role modelling is a big item for me. The coach needs to be very careful about the attire, punctuality, hygiene, listening, kindness and anything.

Question: As a coach at what point of time you get satisfaction of being a coach?

Question: When you know the coachee is not in a position to accept due to whatever the reason may be, as a coach will you take mantle of a counsellor or leave him?

Kingshuk: I would find out what ‘accept’ means. If I am unable to handle it, I would offer to step aside and seek the coachee’s feedback on that suggestion.

Question: Does a coach always need to be an Ex-SME in his or her field and must have been among consistent top performer? In other words should have been a role model technically speaking?

Kingshuk: No. ‘Doing’ and helping others do’ are different according to me.

Question: How will we set examples and be inspiring to our coachees?

Kingshuk: Role model as a ‘person’ ‘being’…not as a ‘top ranker’ or ‘performer’.

Question: What was your map for building a successful career as a coach?