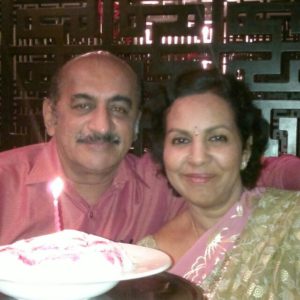 Keshav with his wife

We featured M Keshav, CEO,Mantra as the Guest in our monthly CHAT WITH EXPERT session in June 2015. The topic for the session was TEAM DYNAMICS. Keshav answered questions from members on various aspects of team dynamics and how organizations and leaders can be more effective in building and sustaining great teams. Here is an extract of the discussion between Keshav and the members of the group:-

Question:  We have always seen you put your message across  with a punch of humour . We would love to hear more about it. How humour is important in team conversations?

Keshav: Humour is a great tool like white cement in binding Team Spirit as long as it makes people laugh With Each Other and Not AT Each Other

Question: Why so many people are coming up with so many start ups? My question may not be for a team. But by enlarge it looks like team made by nature to serve the world.

Keshav:  There is a big plus in having small teams and some corporate mandates say No and Yes above 22, 20, 50 etc but what I see a CEO need to break down molecules into atoms but like ISRO there will be lot of competitive turbulence and turmoil but the emotional joy of cracking big goals n achievements bring back good spirit after some bad blood-letting. Nobody promises a rose garden but the seminal focus should be on Ethics based on dignity in losing n grace in winning.

Question : “Good management consists in showing average people how to do the work of superior people” What do you have to tell about this.

Keshav:  Introversion is good, even shyness is not bad as long as it doesn’t affect team’s outcome. Ratan Tata is  an introvert to the point of being a loner and  most CEOs will tell you that ,” Life is Lonely but Lovely” at the Top if TRUST is built on Silence more than Spoken.

Question : How do we build a start- up culture in small tier cities like Bhubaneswar ?

Keshav: In smaller cities  it may be easier than we think to build smart teams as deprivation is a strong motivator for collective ambition. However by being

Question: Are there any specific ways to build that trust? As sometimes, silence can be misconstrued as ego / pride. This creates negativity and killing the team’s chance of success.

Keshav:  Great teams are full of Ordinary Professionals getting Extraordinary Results. The bigger question is why more than how to sustain High Performance teams.Should outlive their needs? Can they live forever?

Really it’s about what Zubin Mehta says:” I conduct my orchestra for the moment”, but those moments went on for years together!

We should not forget the big one: India under M S Dhoni!

Question: At times we as leaders need to take harsh steps and even have to fire a team member. This does affect the team spirit especially in turbulent times. How to make sure the right message is passed across the team on the situation such as these?

Keshav: Watch the movie “The Dirty Dozen”. Opening scenes, guys try gingering the hero Dean Martin n see how he manages throughout the film to bring about Emotional bonding first against him so that they join up and he is aware! It’s important to fire people as you are  really fired up about results but we need to then renegotiate with the Ego Agenda of not being indifferent to feeling over fact or ignoring feelings.

Question: How to keep the team always motivated?  As a starter it’s been very difficult to keep them happy all the time.

Keshav: Stay Motivated yourself is the best Mantra. Keep checking your own motivation levels. Try your best, stay enthusiastic but be ready for the worst case scenario at all times. “Agile, Alert, Anticipatory”

Question: How do you ensure a healthy balance of collaboration and competition? Especially in the corporate sector where practice’s like Bell Force etc force people to complete against each other sometimes in an unhealthy manner.

Keshav: I usually think that 1. Competition should be on developing skill vs skill orientation 2. Collaboration in Attitudes and in building Relationship

Question: What would you advise as a consultant to a company when a team member is obviously playing politics n causing disharmony in the team?  The situation is complicated by the fact that the said member is supposed to lead the team in the interim due to the leader being on a sabbatical. Furthermore, the team looks up to her as individuals and are enthralled by her.

Keshav: My prescript- Set a time frame for tolerance of discontinuous disrupted discord. Especially before a Sabbatical, no chance to fire fights when you are away. Trust is the Key. The rest is merely detail on a balance sheet. Performance gives us all the above to counter Power and Politics. Talent alone cannot only- Team ethics can create sustainable long term happiness long after the success has come and gone
The below was suggested by Avinash who had not noticed that the Chat Session was on. But it’s a good answer to Benita’s Question. See how we can include it

– how one know that the team member is playing politics ? Everyone has their model of the world in their mind and our interpretation are different too. So is the whole team accepts that politics is being played or just one or two members – the member who is playing politics for certainly is driven by insecurity and fear and hence this approch. The other members should understand the situation and what that member is insecure off and if they can help him or her fulfill this need – another good way can be subtly communicating the concerned person on email about the whole event & bringing to his notice the discrepancy in his work or behavior – so that he understands that what he is doing is being noticed by people – also of nothing seems to work than a polite confrontation can be done by other members together not making it a fight but a polite discussion. I believe everyone has a need to fulfill which may be of getting recognised, or feeling significant or getting importance or may be getting close to someone, there are proper ways of doing it but many of us take a wrong route to achieve it. The team should understand people have behaviors and they are not their behaviors, if keeping the person integrity intact, and the behavior can be questioned. It may help and its certainly a very good learning experience for all involved. 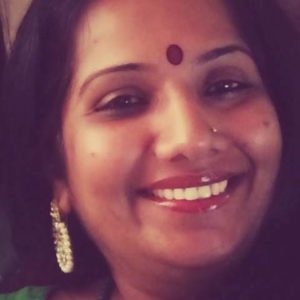